Since our start in 2001, the 100 BMO has provided over $300,000 in scholarship awards and prizes to deserving Omaha area students of all races and ethnicities. Although, it is similar to the Academic Decathlon which school districts across the country compete. The Academic Decathlon’s areas of study are language, literature, art, music, economics, and mathematics. With the AAHC, students compete on African American history from the reference book, “Beyond These Shores “ by Henry Louis Gates, Jr. and are provided coaches to help with their preparation. The AAHC is divided into two divisions; junior and senior.

The AAHC develops greater self-esteem among African American youth and cultural awareness and sensitivity among all Omaha citizens, making Omaha a better place to live.  The AAHC has received Omaha Public School (OPS) District’s A+ Advocate Award and has been sustained for over 14 years.

The program was created by the 100 Black Men of America and is administered in the communities it’s 110 affiliated chapters serve. It annually impacts over 200 Omaha metro-area students and reaches over 400 families. Winners from each division are provided an all-expense-paid trip to the 100 Black Men of America’s annual conference, to compete with other 100 chapters for additional scholarship awards and prizes.

The following is a quote is from our press release dated June 2014:

Eight students and four Omaha Public School staff attended the 2014 National Conference along with members of the 100BMO.

“I want to thank you for the opportunity that you give middle and high school kids every year. The trip to Florida this summer was an amazing experience. The workshops that were held in Florida were an added bonus. The work that the 100 Black Men do for Omaha is a wonderful gift. I encourage you to keep it up. Because of the 100 Black Men, I have learned so much. I want to thank you again for everything. Thank you.”   Olufsen A., Central High School student 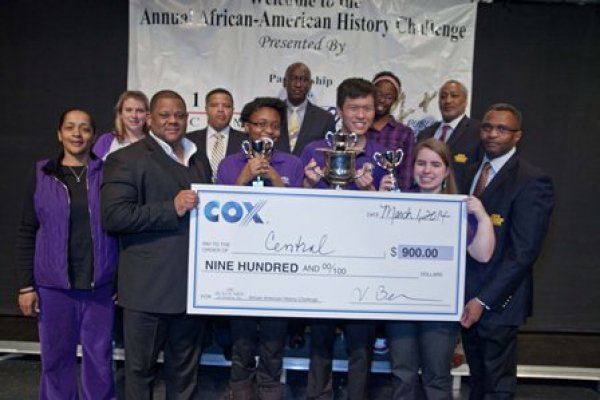 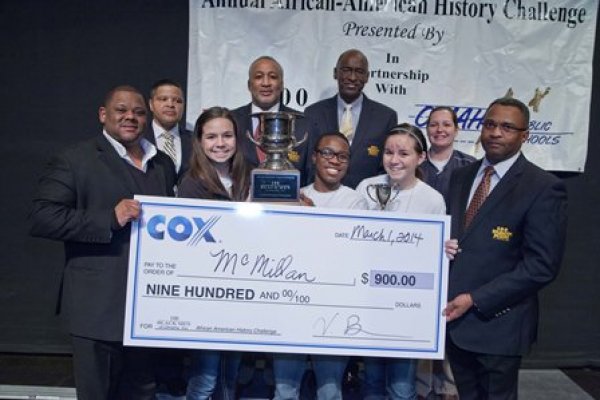